Journeys of Empire: the Fruit of the Mughals 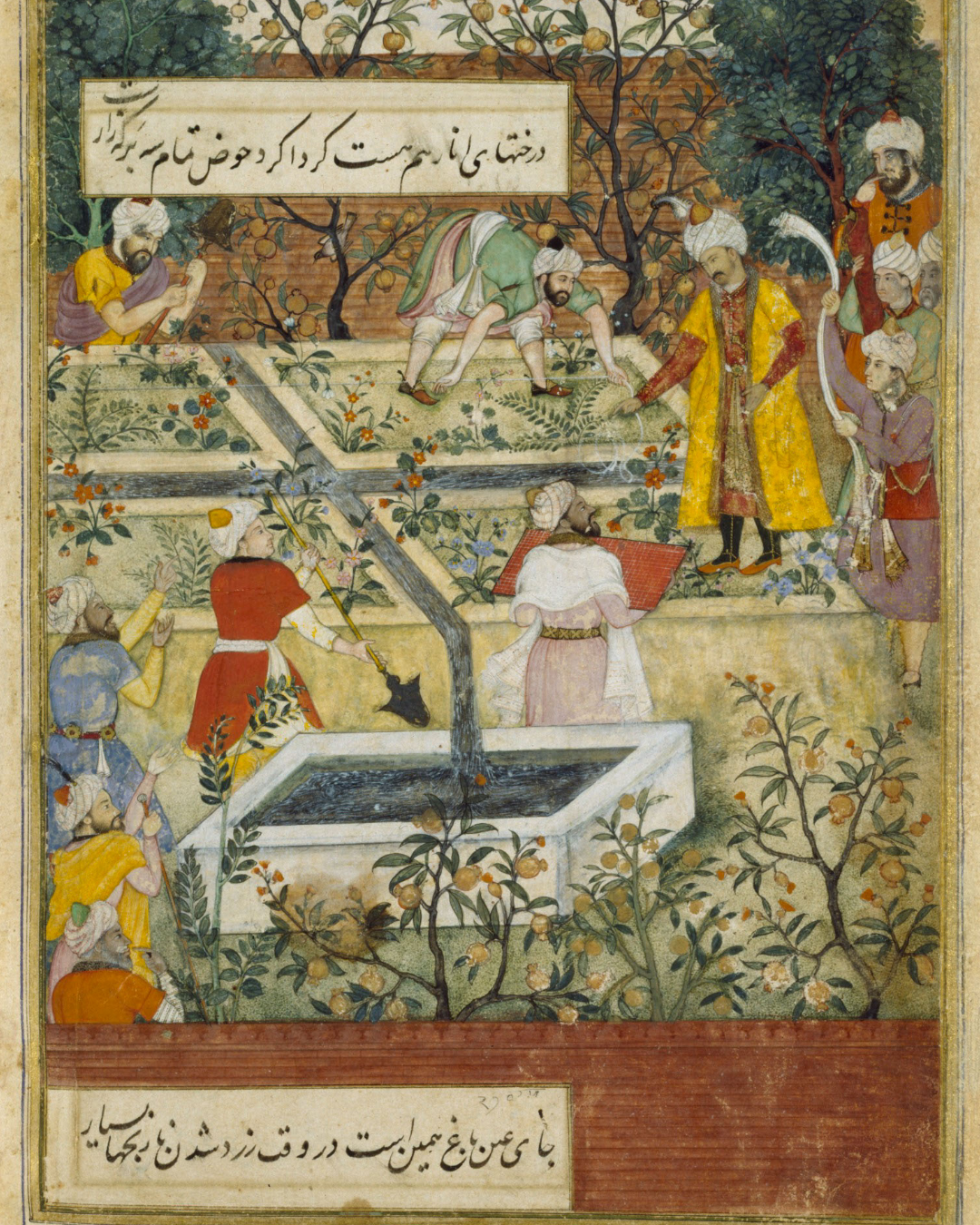 This article about the fruit of the Mughals from Afghanistan is part of a series to mark South Asian History Month by exploring this year’s theme ‘Journeys Of Empire’ through plant and horticultural history.

Warrior-prince Babur (1483-1530) thought the climate of his adopted homeland in Afghanistan ‘very pleasant; if the world has another so pleasant, it is not known.’ He rejoiced in the harvests of grapes, pomegranates, oranges, citrus, apricots, apples, quince, pears, peaches and plums, and created gardens with fruit trees laid out in formal patterns. His favourite was the Bagh-i-wafa (garden of fidelity), just outside Kabul, which he loved for the copious oranges it produced and the ‘yellow splendour’ of the autumnal pomegranate leaves alongside their red fruit. 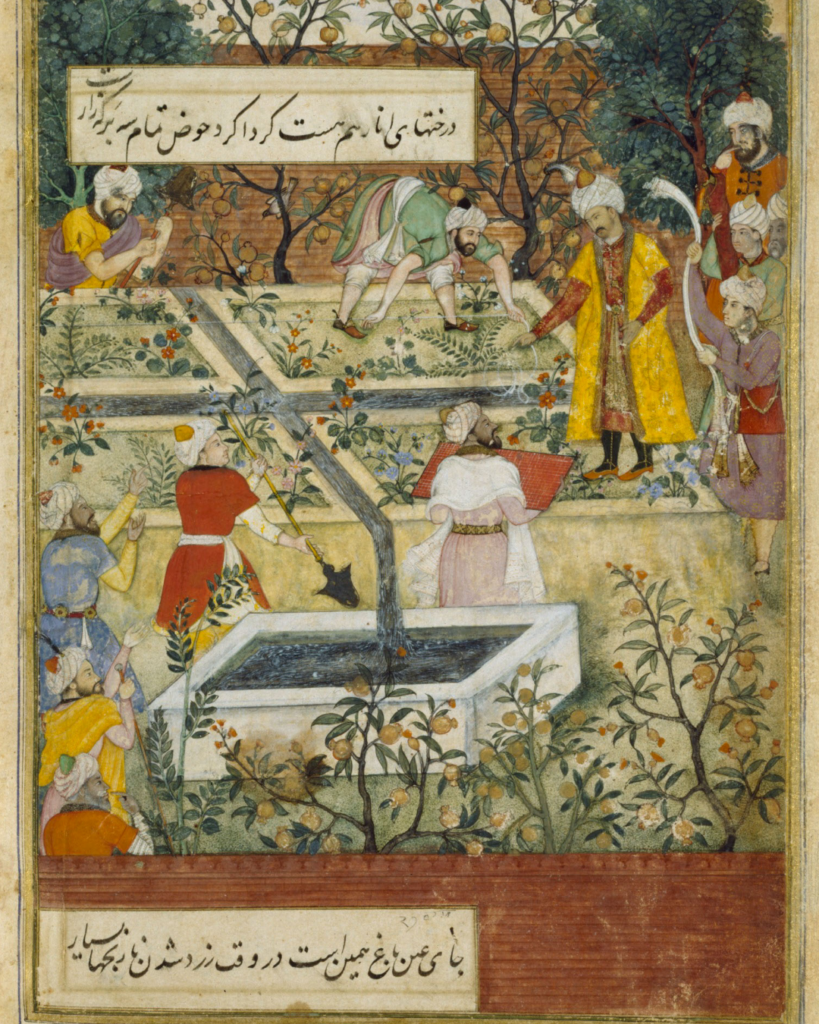 Plants he remembered fondly from the place of his birth in the Ferghana valley (modern-day Uzbekistan) were brought to Kabul to join the local produce: cuttings of ālū-bālū, a kind of sour cherry, and seeds of melon, his favourite fruit.

The Fruit of the Mughals

His defeat of the rulers of Hindustan (northern India) in 1526 is now seen as the start of the Mughal empire. Babur surveyed his new lands from a sneering conqueror’s perspective – ‘a country of few charms … no good horses, no good dogs, no grapes, musk-melons or first-rate fruits, no ice or cold water, no good bread…’. He dismissed most of the local fruit, including mango (‘the best fruit of Hindustan’ but generally over-rated and rarely first-rate), Mimusops (‘a rather bad after taste’), jamun (‘sourish, not very good’), jack-fruit (‘sickeningly-sweet’); instead, porters were sent to bring melons, grapes and other fruits from Kabul. His courtiers planted Afghani melons and grapes and he was soon cultivating bush-vines in his new garden of eight paradises (Bagh-i-Hasht Bihisht) and producing ‘very good grapes’. Nostalgic for the lands he had left behind, Babur still noted in his diary ‘To have grapes and melons — grown in this way in Hindustan filled my measure of content.’

He and his courtiers created a series of riverfront gardens in their new capital at Agra (later home to the Taj Mahal), using water and plants in formal patterns, as they had done in Afghanistan. Babur noted with pleasure that ‘the people of Hind who had never seen grounds planned so symmetrically and thus laid out, called the side of the Jin where (our) residences were, Kabul.’

At its peak the empire created by Babur covered much of modern-day India, Pakistan, Afghanistan and Bangladesh. Fruits from Afghanistan remained well-known and increasingly cultivated in India as the empire expanded, but Babur’s descendants came to see India as their home, enjoying local fruits rather than those associated with the first emperor’s homelands. His great-grandson Jahangir, the fourth emperor, wrote that ‘notwithstanding the sweetness of the Kabul fruits, not one of them has, to my taste, the flavour of the mango.’

Other articles in this series: