The Jardins de Villandry consist of seven hectares of gardens surrounding a Renaissance château. They are some of the best-known gardens in the world, attracting hundreds of thousands of visitors a year to admire the spectacular plantings. Yet at the end of the 19th century the property had been virtually abandoned, before being bought by Joachim Carvallo and his wife Ann Coleman in 1906. Dr Carvallo created new gardens in an imaginative interpretation of the Renaissance style, and they have been maintained and enhanced by the Carvallo family ever since.

The main areas of the Jardins de Villandry consist of the Potager or vegetable garden on the lowest terrace, the Jardin de Musique and the Jardin d’Amour on the terrace above, and the Jardin d’Eau on the highest level. Visitors can also see a herb garden, created in the 1970s, the Sun Garden, made in the 21st century, a maze, a children’s play area, walks edged with lime trees, and a circuit in the woods which offers views down over the gardens.

In the 1530s a medieval fortress at Villandry was replaced by a sumptuous Renaissance château, one of many built in the region at a time when the French court was based in the Loire Valley. In spite of alterations in the 18th and 19th centuries, the château remained largely unaltered, but the gardens were changed substantially, culminating in a rather banal jardin à l’anglaise in the 1860s. 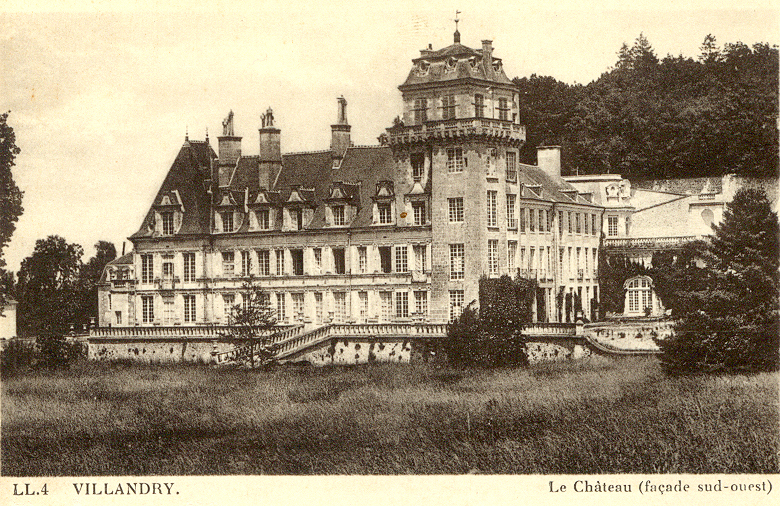 By the end of the 19th century the property was virtually abandoned, the garden overgrown and the buildings falling into ruin. In 1906 it was bought by a Spaniard, Joachim Carvallo, and his rich American wife, Ann Coleman. Both were scientists, working in Paris, who were looking for a place where they could bring up their children in the country and have space for a laboratory.

Dr Carvallo is said to have walked round the vestiges of the 19th-century garden and claimed he could sense the original Renaissance terraces and fountains under the undulating lawns. Once the Carvallos had bought Villandry, he set about removing the 19th-century excrescences from the château, restoring the moat, which had been partly filled in, and recreating the lost terraces, cheerfully dynamiting mature trees in the process. Then he made four gardens on three levels.

In the first area, now called the Jardin d’Amour, beds shaped like hearts and daggers were outlined in box and punctuated by topiary yews. Here Carvallo was aided in the complicated design by a Spanish friend, the painter Lozano. After that, he worked on his own, his scientific vocation abandoned. On the same middle terrace came another ornamental garden, now called the Jardin de Musique, which also had flower beds defined by box hedges, much more substantial this time. On the level above, an 18th-century addition, the Jardin d’Eau, with its huge mirroir, was left intact, creating a calm space that is very different from the busy planting elsewhere.

The most innovative area was the Potager on the lowest level, its 1.2 hectares divided into nine beds, each of which was subdivided into intricate geometrical shapes. Each section is planted twice a year, in spring and again in summer, with flowers and vegetables in either toning or contrasting colours – and there are fruit trees as well, though not the ornamental cabbages for which Villandry is best known. They arrived in the 1970s.

If Dr Carvallo based the overall layout of the gardens on his hunch that there had once been terraces there, for the Potager he spent time researching Renaissance gardens, using particularly the engravings in du Cerceau’s Les Plus Excellents Bastiments de France as inspiration. Remarkably, his instincts about the terraces were correct. They show clearly in a recently-discovered plan of around 1700. 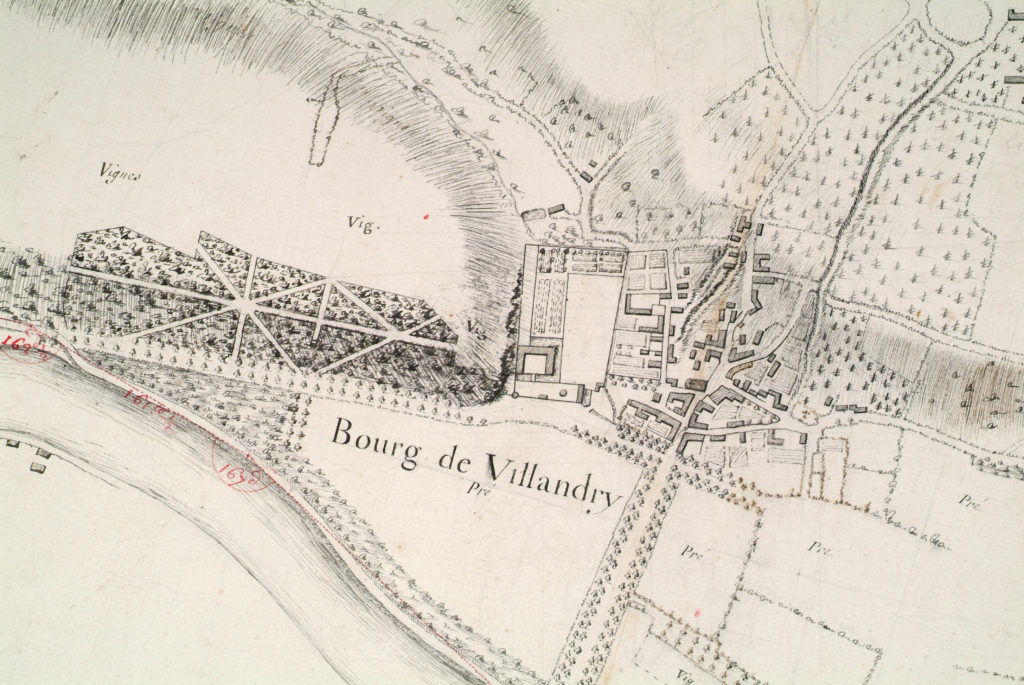 After the Second World War a lack of gardeners and tourists caused the gardens to lose their lustre, although they remained a 3* site in guide books. From the 1970s they were revived and put on a sound financial footing by Dr Carvallo’s grandson, and have now been further improved by his great-grandson, who asked Louis Benech, one of the top garden designers in France today, to create the Jardin du Soleil on the top terrace. A modern interpretation of a 1930s lay-out that was never carried out, this has added a less formal note.

Villandry is significant for several reasons. In the early 20th century, it was one of the first gardens in France to look to the past and reflect an interest in restoring or recreating what had existed before and been lost. Moreover, it harked back to the Renaissance, not the classic 17th-century Baroque, which was usually seen as the quintessential French garden style.

It was also one of the first private gardens not only to open to the public but also actively to attract paying visitors as a source of income to offset overheads.  The Potager, with its elaborate mixture of flowers, fruit and vegetables, started the late 20th-century vogue for ornamental vegetable gardens which became fashionable far beyond France. Today, the emphasis on quality maintenance, organic where possible, and on creation as well as excellent maintenance, keeps Villandry high on the list of Europe’s ‘must see’ gardens.