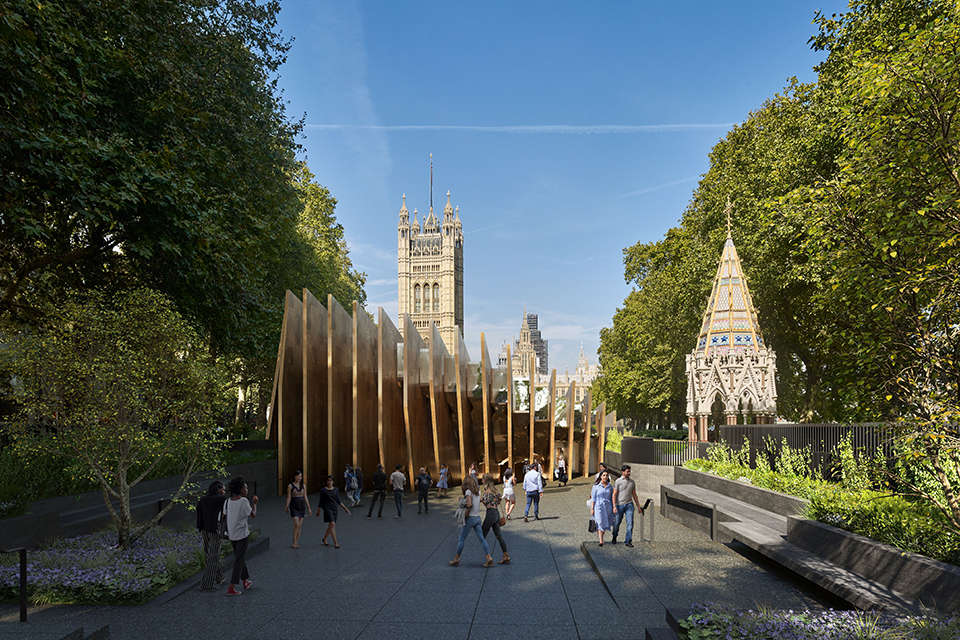 On 29 July the Minister for Housing,  Christopher Pincher announced that the government was backing a  planning inspector’s decision to allow a Holocaust memorial and subterranean education centre to be built on Victoria Tower Gardens, the grade II park adjacent to the Palace of Westminster.  The local authority had refused consent on the grounds of the damage to the park, the Conservation Area, the setting of the listed buildings and World Heritage Site.  The decision is extremely disappointing and once again brings into question the integrity of the planning process.

The new memorial will overshadow the grade II* Buxton Memorial and new hard surfaces will replace lawns resulting in a loss of more than a quarter of the green space. This oasis of tranquil greenery, including a number of mature London Plane trees, will be threatened both by the complicated construction of the memorial and by becoming a major visitor destination with increased footfall and security requirements.

Justifying the decision to go ahead with the memorial on the basis that the new building  is of ‘good quality’  and has a commendable purpose sets a potentially disastrous precedent for all parks, but especially historic and registered ones. If this can happen, no site is safe from development by public bodies, able to grant themselves planning permission. There is a real threat that this decision will give a green light for a spate of development proposals from hard-up local authorities. The Gardens Trust will continue to work with stakeholders and experts relying on the mechanics of our planning system, in which we play an integral part, to ensure fair and informed decision making as we seek to conserve our historically significant and hugely valuable green spaces.

Campaign to Save Victoria Tower Gardens