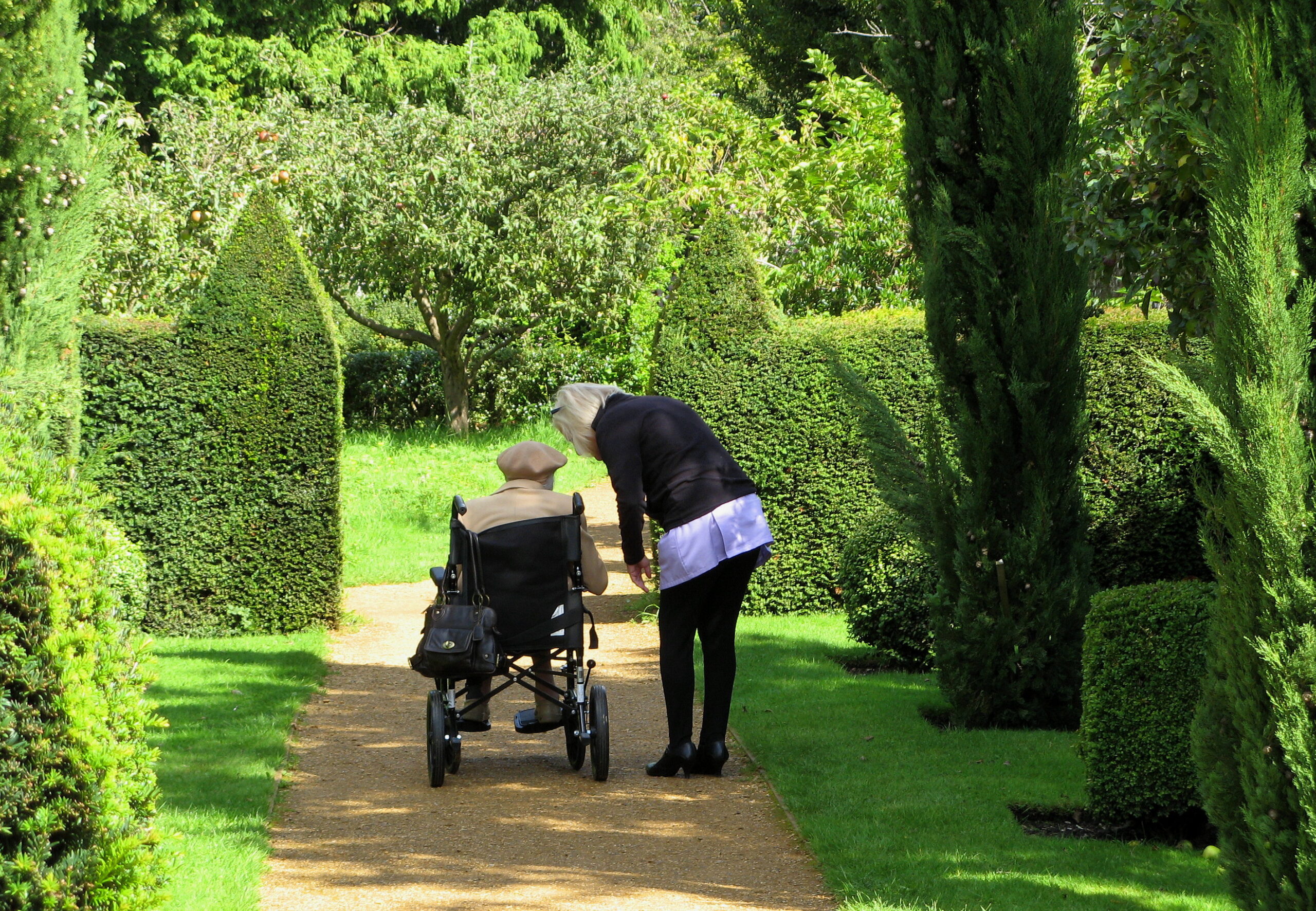 Why should we be regarded as unforgettable? We have no rolling acres, no lakes or lily-filled ponds.  Just over thirty years ago the plot was a little used garden off the High Street in Petersfield. Now it is a public garden with formal herb beds, a topiary walk, knot garden, informal orchard and a rose arch. We are unforgettable because we are so very special.

A corner of the garden in summer Photo © Brian Robinson

Petersfield Physic Garden was created after the owner of that plot, Major John Bowen, read about an incident near Winchester. A field in which bee orchids and cowslips grew was up for development. Planning permission was refused in order to protect the plants. This decision was then reversed and development went ahead. This so incensed Major Bowen that he decided to give his overgrown but beautifully walled garden to the people of Petersfield as a place where plants could be protected, and the community could learn about their value and freely enjoy the green space.

This long narrow garden was originally the last remaining burgage plot in Petersfield. Burgage plots were well established by the 13th century. Townspeople who were entitled by law to practice their trade, such as blacksmiths or bakers, could pay rent for a plot rather than offering feudal service. Burgage plots are usually characterised as a long-walled plot behind a building. Such burgage plots are rapidly disappearing from urban settings throughout the country, as the gardens themselves are rarely protected.

Having determined on preserving the garden for the town, John Bowen consulted the then head of the Chelsea Physic Garden. At the same time, he consulted the Chairman of the newly formed Hampshire Gardens Trust. The Hampshire Gardens Trust had been involved in re-constructing a medieval garden at the Great Hall in Winchester (Queen Eleanor’s Garden) and the Tudor Garden in Southampton. 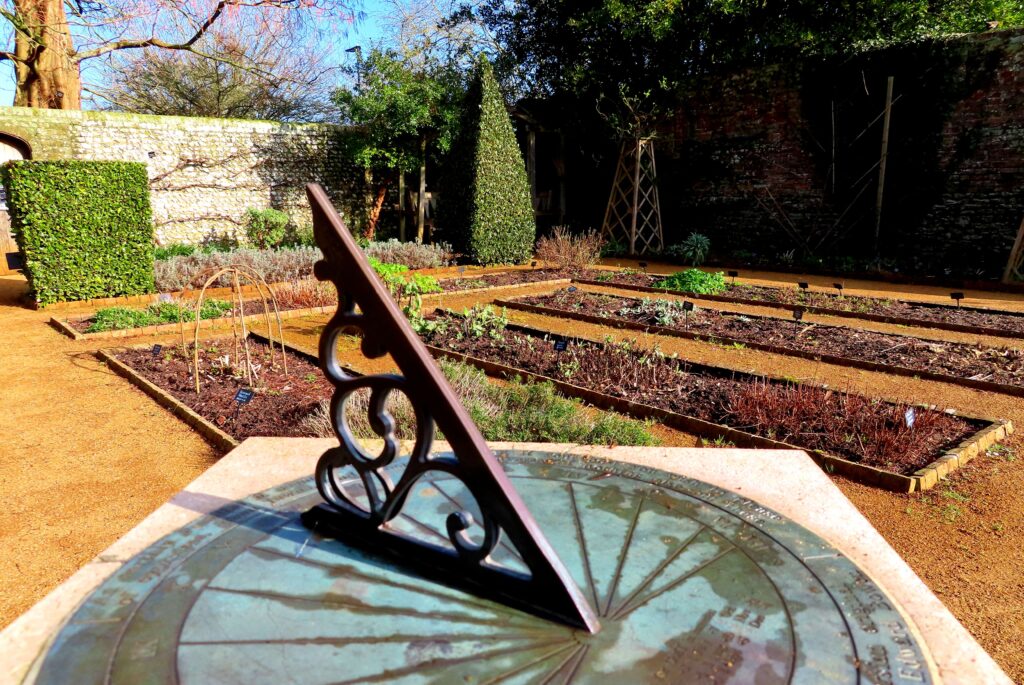 Dr Sylvia Landsberg, the garden designer who had worked in those gardens, designed the Petersfield garden in the style of a 17th century Physic Garden. Her design was based on authenticity, meticulous historical research and John Bowen’s aims of providing a garden for education, enjoyment and conservation purposes.

The decision to make it a 17th century garden was influenced by two men, John Goodyear and John Worlidge, who lived in Petersfield at that time and both were highly influential in the sciences of botany and horticulture. Goodyear meticulously observed and recorded hundreds of plants, many of which are present in Petersfield Physic Garden. John Worlidge was concerned with garden design and soil improvement. His book ‘Systema Horticulturae’ (The Art of Gardening’) is still a valuable source of information for those who work in gardens.

Today the Physic Garden contains over 100 plants used medicinally in the 17th century. It was designed in three sections: it begins with a knot garden that leads into a topiary walk lined with Italian cypress edged with geometrically-cut box within walls of yew. This leads into the Orchard section, planted with heritage apples, damson, quince and medlar. The orchard is a spring meadow underplanted with snowdrops, crocus, aconites, fritillaries, primroses and cowslips. Once the orchard is cut in July, it becomes a lawn where visitors can picnic under the shade of the trees. Pre-Covid, rugs and reading books were freely provided for families. It is hoped that this ‘Blossoms and Books’ initiative can re-start soon. 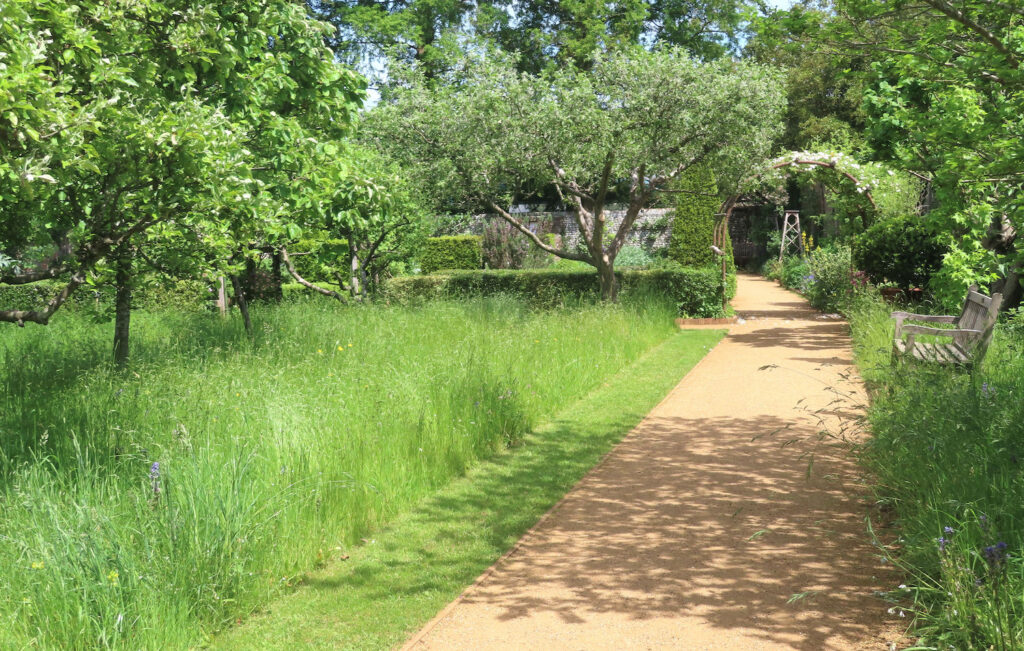 The third section is the herb beds. These are laid out in traditional form with narrow beds in four quadrants. This allowed for easy access to herbs without walking across the soil; the width of the beds being the reach of a man’s arm. There was much concern in the 17th century about the quality of herbal medicine: with the increasing urbanisation of the country, town apothecaries had to ‘buy in’ their herbs which were often of poor quality and poorly identified. In 1670 Doctor Christopher Merrett claimed that every student of medicine should spend time as ‘Scholar to the Gardener of the Physic Garden’. The need for better recognition of medicinal plants contributed to the establishment of botanic or physic gardens.

The Petersfield Physic Garden contains herbs from Agrimony to Yarrow. The herbs are not planted according to the diseases they treated since so many diseases were treated by the same plant. For example, Bay was used to treat bites and sings from ‘venomous creatures’, shortness of breath, coughs and consumption, problems with menstruation, cramps, convulsions, itches, bruises, palsy, dropsy, jaundice, rheumatic diseases and wind! 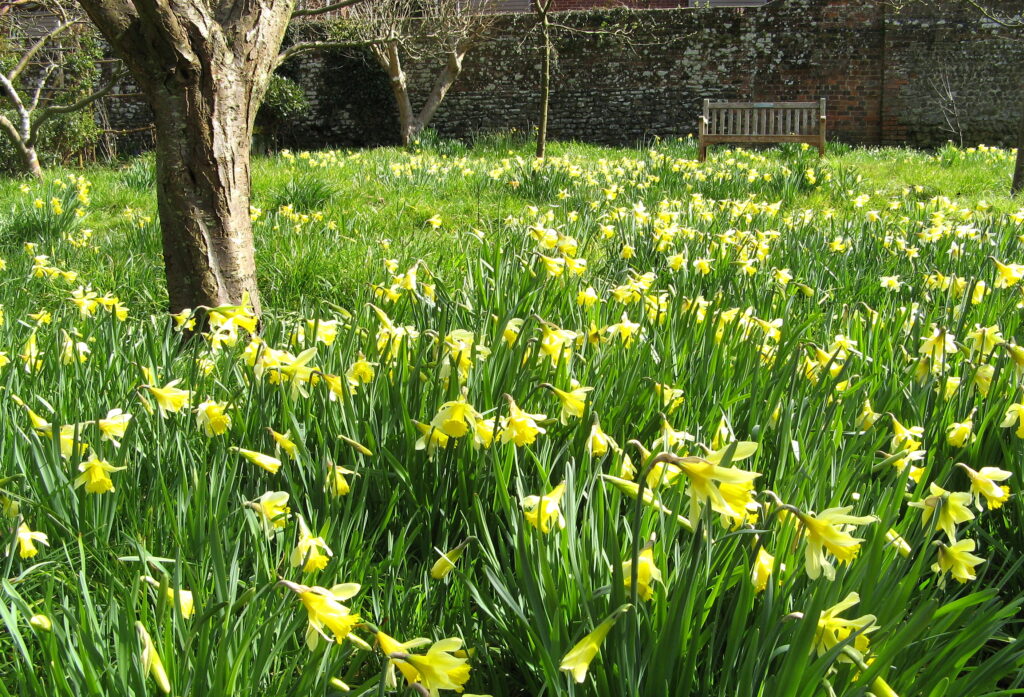 Garden tours, laminated information sheets, and lectures take place throughout the year, explaining how such herbs were used in the 17th century, and why the conservation of plants is so important. The most relevant example of this is Artemisia absinthum, the perennial form of wormwood. Wormwood was used in the 17th century to treat gout and urinary problems. It was used by French troops in the 19th century to treat malaria and artemisia annua is still much used in parts of Africa for malaria.  In May of 2020 there was a press report that the President of Madagascar was promoting a herbal tonic as a treatment for Covid, based on artemisia annua. At the time the WHO reported that there was no scientific evidence to support the claim, but subsequently it was reported that the WHO were investigating the use of wormwood in the treatment of patients hospitalised with Covid. 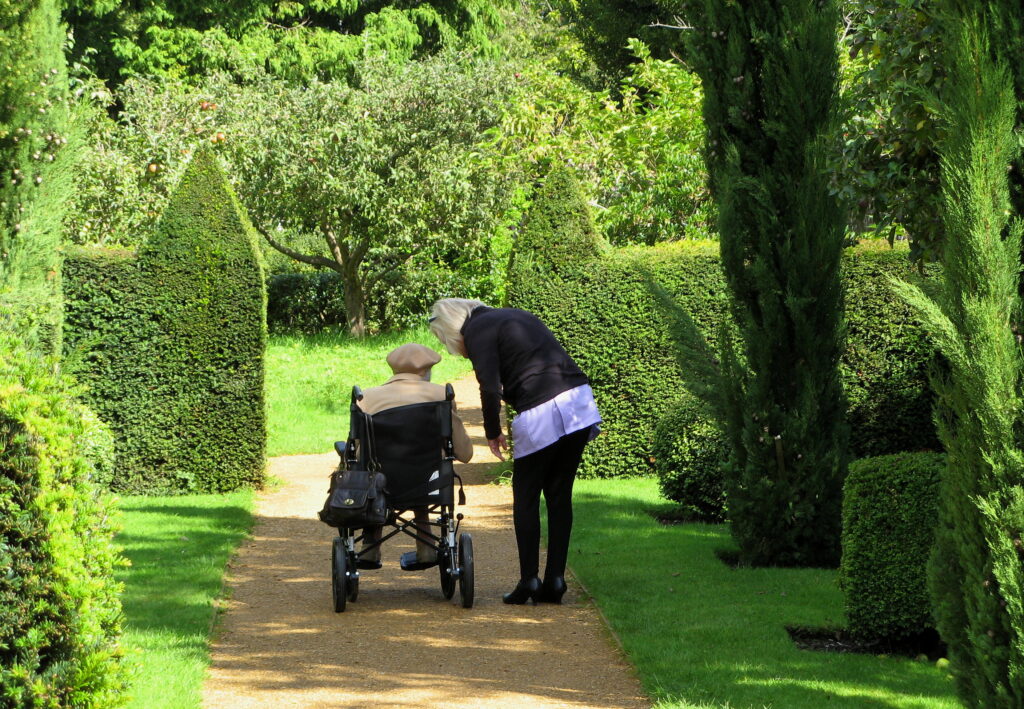 In all of this the Garden has not forgotten its role in enjoyment and pleasure. In 2020 it closed only for the first seven weeks of lockdown as it was felt that such a place was essential for health and a sense of well-being. This sheltered green oasis in the centre of a busy town continues its part in providing education, information and balm to the soul in these troubled times.

Petersfield Physic Garden is a registered charity. It is owned by Hampshire Gardens Trust and is managed and maintained by volunteers. Entry is free.