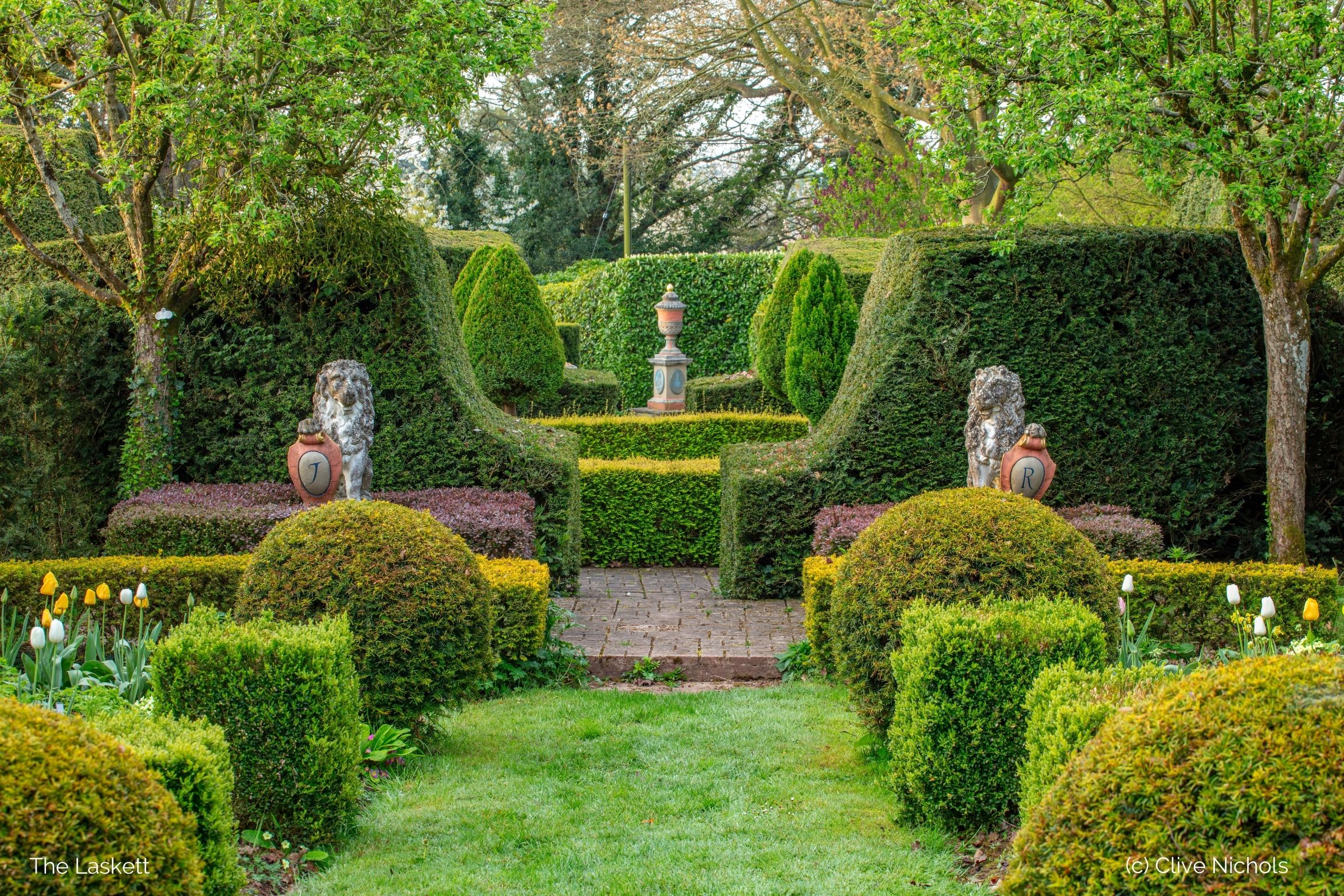 The Laskett, Unforgettable Garden of the Month by Dr Heather Barrett-Mold OBE, Perennial

The garden of the Laskett was designed and largely built by Sir Roy Strong and his late wife Julia Trevelyan Oman CBE. It is an autobiographical garden, reflecting their careers in the arts, and shows design influences both from history and from contemporaries like Cecil Beaton and Rosemary Verey. Although just 4 acres, it seems much larger, with a formal plan of garden rooms, hedges, pleached limes, topiary and sculpture.  At the end of 2020 Sir Roy moved house and very generously gave The Laskett to Perennial, who will maintain the garden and its ethos. 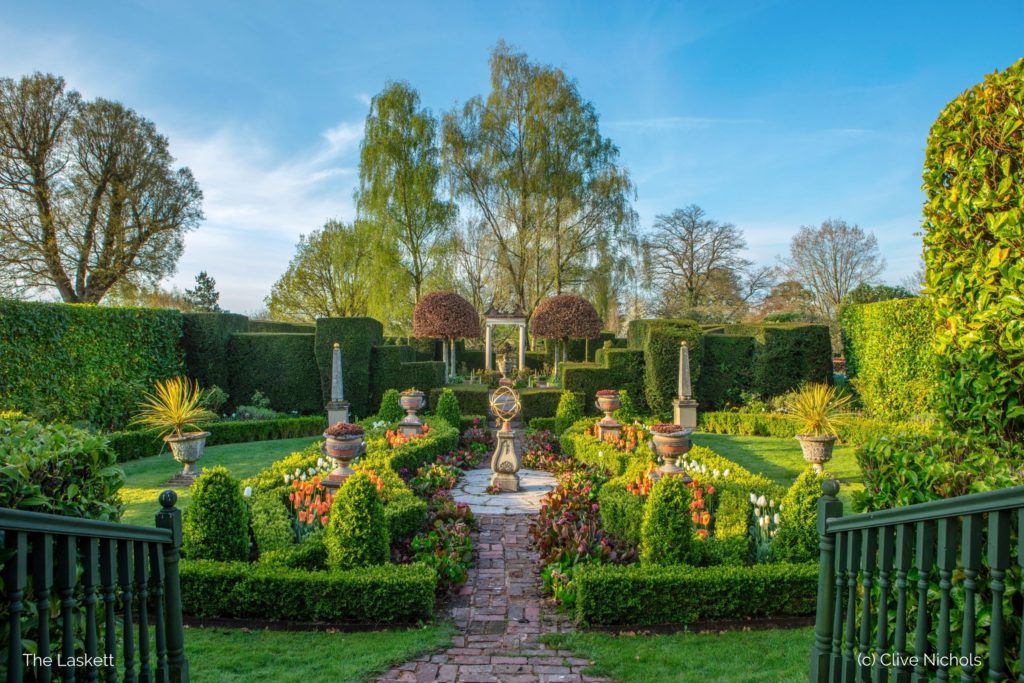 Unforgettable garden of the Laskett

In 1973 Sir Roy Strong and Julia Trevelyan Oman moved to The Laskett. It is just 8 miles outside of Hereford and with a lovely Herefordshire rural landscape providing a backdrop to the garden. Julia was a set designer of considerable note. Her set design of the Nutcracker ballet for the Royal Opera House remains contemporary. Sir Roy had been Director of the National Portrait Gallery and had headed the Victoria and Albert Museum. Together their lives and careers in the arts in the second half of the 20th century led to an autobiographical garden with major design influences.

Sir Roy is a distinguished garden historian and was influenced by both history and contemporaries. Cecil Beaton was a friend of the couple and contributed to the garden, as did Rosemary Verey who gave the couple many plants over time. Other influences came from John Piper and Ian Hamilton Finlay. Julia had worked closely with Sir Frederick Ashton choreographer, hence the Ashton Arbour in the garden, and they had many friends of significant influence in the world of the arts. 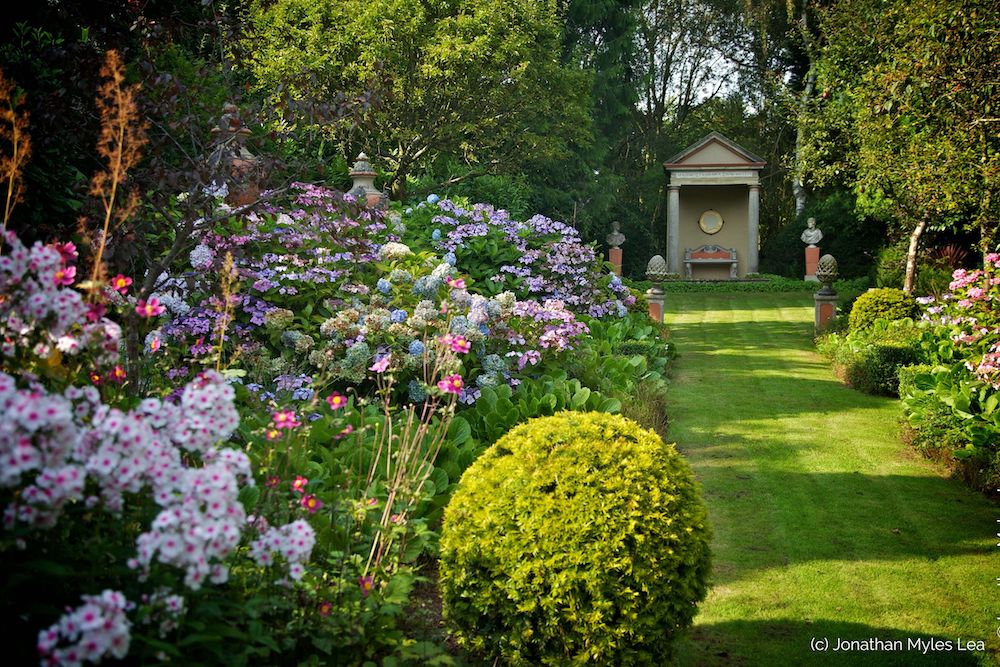 The view up to the V&A temple © Jonathan Myles Lea

Formal plan with avenues and sculpture

Visitors to the garden are surprised to learn that the area is just 4 acres. I’m sure that must have seemed an immense expanse when Sir Roy and his wife were building it from scratch from what had previously been a field. It has a formal plan outlined by hedges, pleached limes and topiary, forming avenues with stunning focal points of sculpture each of which tells part of the story of the garden’s designers and their lives together. True to form it has never stood still while Sir Roy managed it with additional elements being added to celebrate specific events. 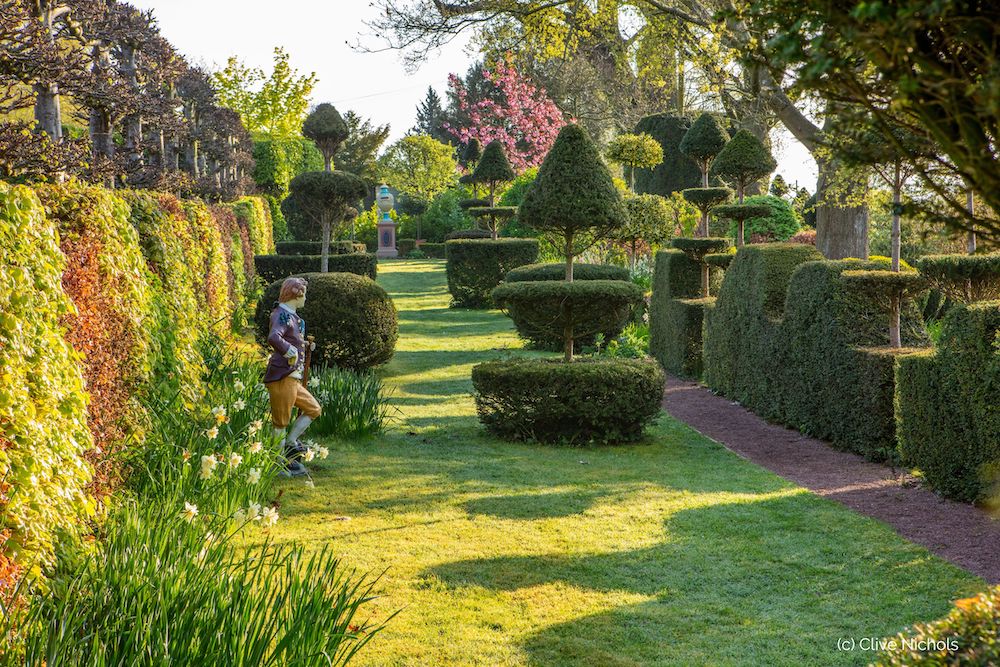 The Upper Topiary Walk at the Laskett © Clive Nichols

At the back of the house there is the formal Yew garden with The Nymphaeum which looks old but which is a fairly recent build to celebrate Sir Roy’s 80th birthday. At the front of the house there is Fountain Court from which runs the main avenue to the colonnade. Other avenues run almost parallel but at a slight angle. Of these the Elizabeth Tudor Garden is possibly the most striking with undulating hedges backed with pleached limes which frame glimpses of the garden beyond. There are focal points at each end but walking away from the house you see the Shakespeare monument. At this point there is one of the cross avenues with spectacular elements leading to the V & A Museum Temple. 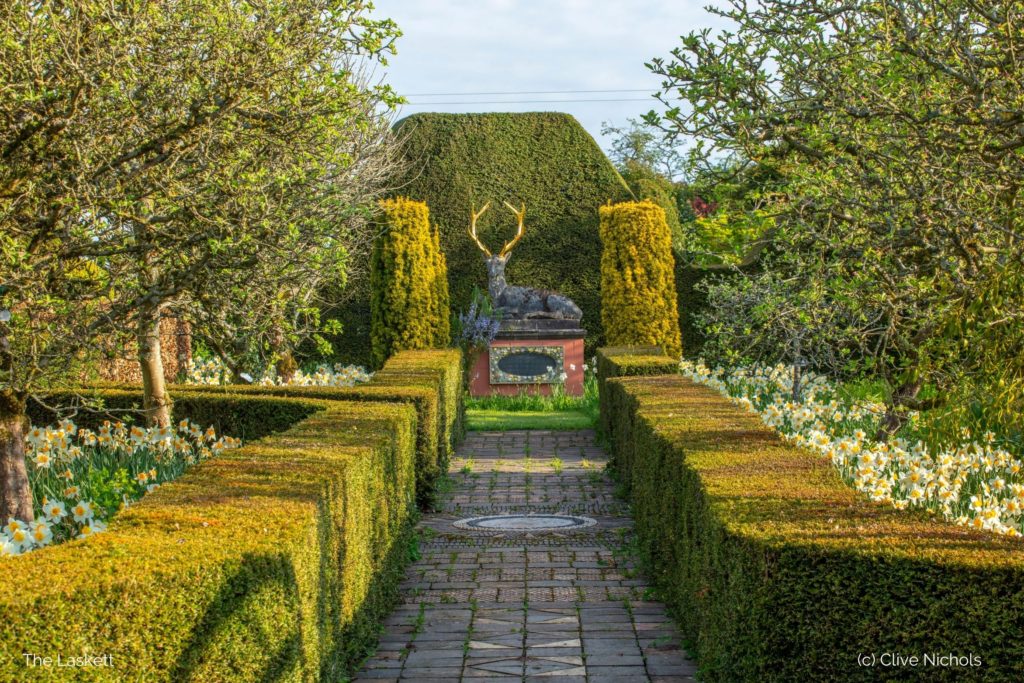 The Stag at the end of Tatiana’s Walk © Clive Nichols

Another walkway parallel to this one is Tatiana’s walk. At one end is a dramatic stag with gilded antlers seated above a text from Milton’s Paradise Lost, describing the garden of Eden. It leads through the Silver Jubilee Garden with a sundial which came from Cecil Beaton’s Wiltshire garden. This is followed by the Pierpont Morgan Rose Garden. The present configuration of the rose garden was Julia’s final addition to the design but one which she never saw in place. The most recent addition to the garden is the Belvedere which allows panoramic views of the garden.

Julia died in 2003 and Sir Roy continued to make changes to their garden and opened it to visitors. There are numerous quotations around the garden. One of the most significant is Remember Me – if you should forget me for a while and afterwards remember, do not grieve – from the poem by Christina Rossetti which was read at Julia’s funeral. Sir Roy has never been one to rest on his laurels or to easily be satisfied and has been content to make changes to the garden. He would say that a garden doesn’t stand still; it must grow to meet the needs of the future but should always retain the ethos of the happy marriage of its originators.

I first visited Sir Roy and the garden about seven years ago in 2014 while I was a trustee of Perennial, the charity for horticulturists. Since then I have had the real honour of getting to know Sir Roy and the garden. Even though my term as trustee at Perennial ended, I continued to work with Perennial and Sir Roy. At the end of 2020 Sir Roy moved house and very generously gave The Laskett to Perennial. 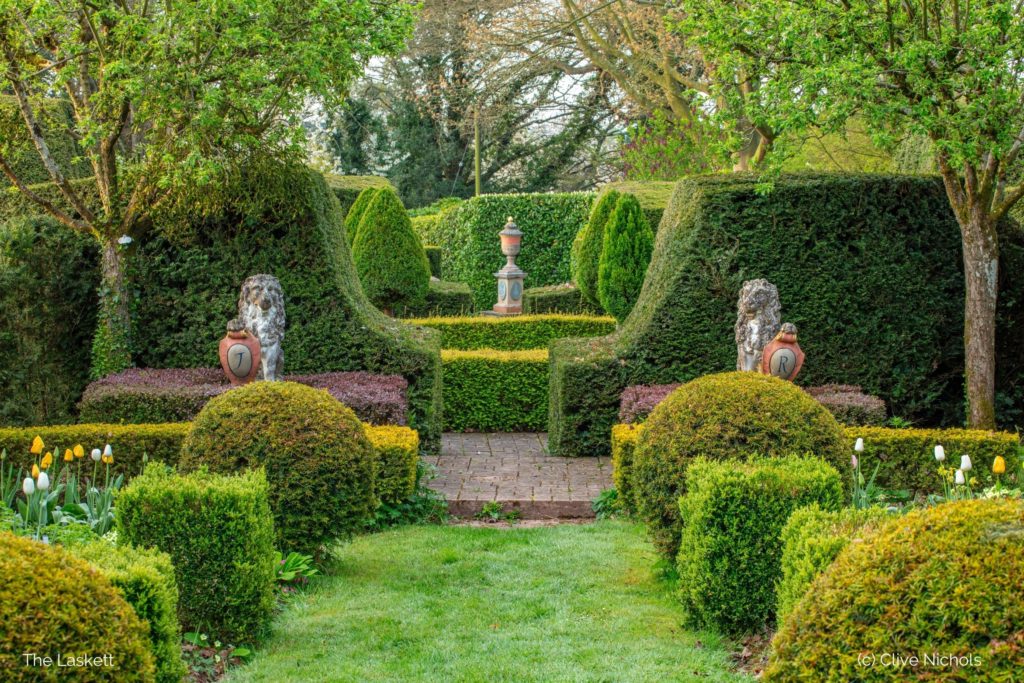 The combination of planting, in a way that provides vistas and surprises, works so well with the statues, memorials and quotations. These range from headstones for fondly loved cats such as Mr Perkins to four pieces of statuary from the old Palace of Westminster. This is a remarkable and unforgettable garden and its ethos will be maintained by Perennial.