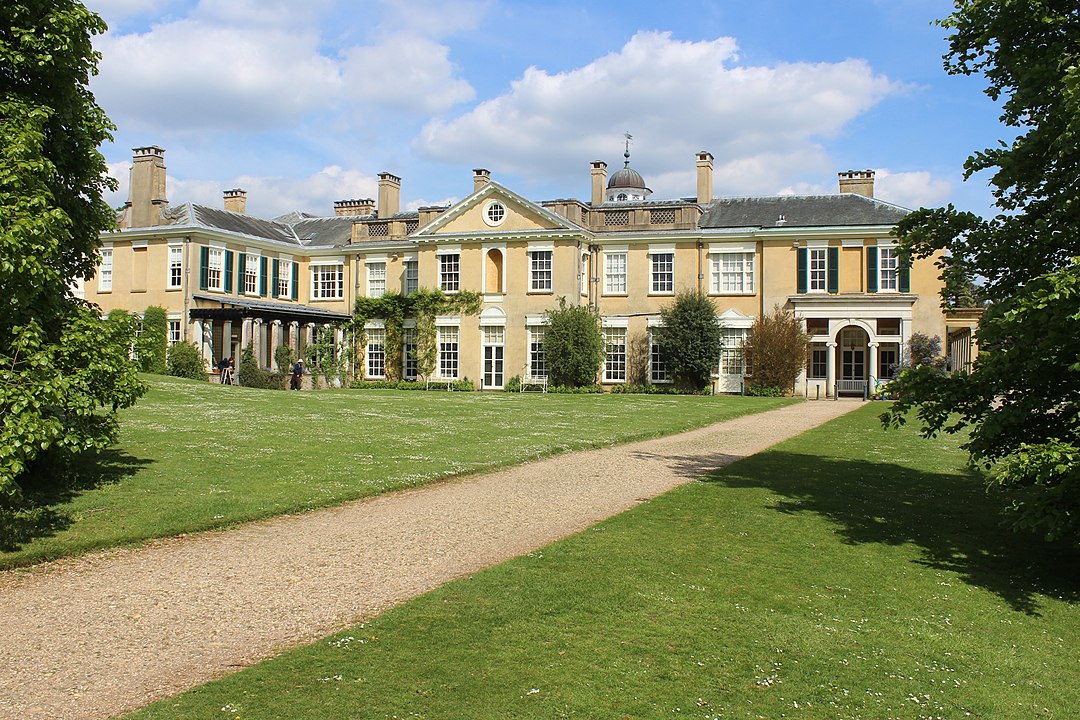 Polesden Lacey has remained accessible to the public by the good fortune of having been passed into the custodianship of the National Trust before the fallout of the Second World War. This unforgettable garden is valued by the many local people who have visited it throughout their lives and now share the experience with their children and grandchildren, as well as by visitors from further afield.

Polesden Lacey is unforgettable for its extensive gardens, rolling downland and ancient woodland as well as for its royal connections. From 1906-1942 this Edwardian house and its 1,500-acre estate was the weekend retreat of society hostess Dame Margaret Greville, who entertained King Edward VII and his circle there. The future King George VI and Queen Elizabeth the Queen Mother also spent part of their honeymoon at Polesden Lacey in 1923. The formal gardens include a walled rose garden, cottage garden, double herbaceous borders, a lavender garden, kitchen garden, cut flower garden and orchard.

There has been a house at Polesden Lacey since at least the twelfth century. The playwright Richard Brinsley Sheridan lived at Polesden Lacey from 1797 to 1816. After his death the estate was bought by Joseph Bonsor who commissioned a new house in Greek classical style from Thomas Cubitt in 1818-23. Bonsor was also responsible for planting thousands of trees and renovating the garden, park and estate. This house was extended in 1902 before being extensively remodelled for the Grevilles in 1906 by Mewès and Davis, architects of the Ritz. 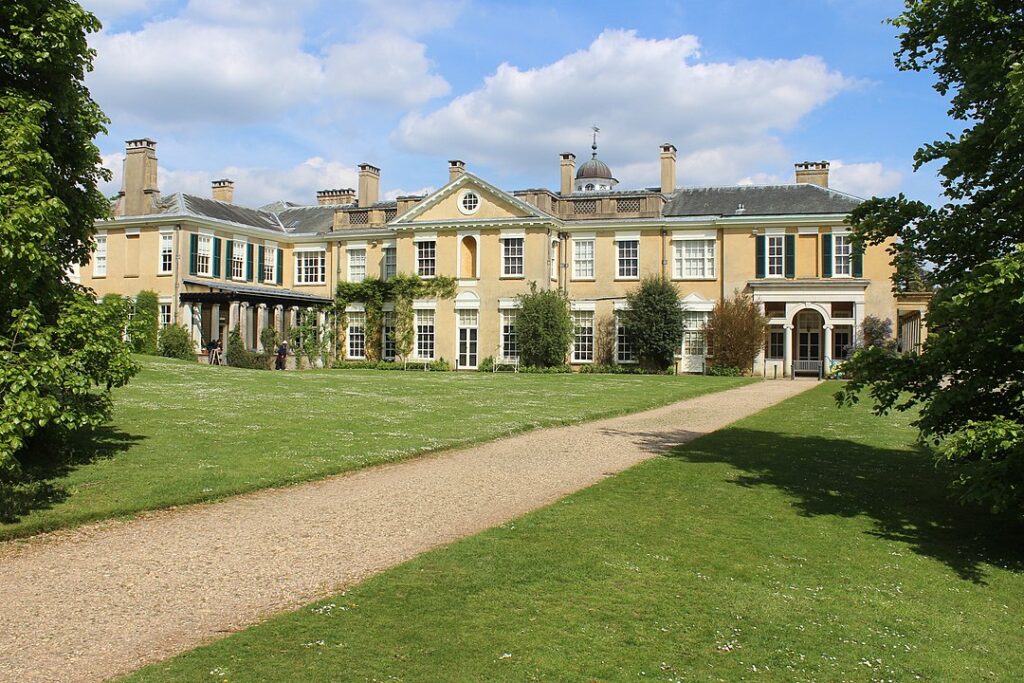 Margaret Greville developed the gardens over the next forty years with the help of J. Cheal & Sons. The 19th century kitchen garden became her rose garden which she had extended westward in 1912. The new brick wall was built with circular openings to give beautiful views to the south. There are still many fine classical ornaments around the garden: a Venetian well-head, a Roman bath, urns and statues. A new kitchen garden was developed to the west of the 19th century one, beyond the sunken road and reached by a thatched roofed bridge. South west of the south lawn is the rock garden, and a sunken garden.

The 425m-long grass terrace walk, which runs eastward above the valley, was begun in 1761 and extended by Sheridan. It is the only remaining feature of the original garden. The house overlooks the estate’s farmland which lies in a deep valley. The estate includes two working farms, ancient woodlands and chalk grassland.

Visit by the Bicycle Boys

In 1928 Polesden Lacey was visited by Loyal Johnson and Sam Brewster, the American students whose cycle tour of UK gardens is chronicled in  The Bicycle Boys, a joint online exhibition with the RHS Lindley Library. Then, it was still the private residence of Margaret Greville. When Loyal and Sam arrived at Polesden Lacey, they were not permitted by, ‘The lady at the lodge…to go up the main entrance drive but made [to]..push up a steep hill and around. This way we entered down a beautiful long drive flanked with large Beeches and where fine Jersey cows were grazing in the adjoining fields.’  This is the approach that visitors are familiar with today.

The notebooks that Loyal kept capture the gardens they saw at a significant point in the history of large country estate gardens. Ten years after the First World War, when Polesden Lacey had been used as a convalescent home for officers, many gardens were in a state of gradual decline as post-war death duties and income tax rises affected the budgets and staffing levels of many private gardens. However, the vestiges of their Victorian and Edwardian heyday were still evident as the Great Depression and Second World War were still to come.

Loyal and Sam were often shown around by the Head Gardener rather than the garden owner, so the notebooks give important information about the staffing of the gardens they visited. In her research for the exhibition, Marion Woodward found, by chance, in the British Newspaper Archive a G E Twinn who was head gardener at Albury Park and advertising for a gardener. This was the starting point that enabled her to trace the life and career of the head gardener at Polesden Lacey, Mr Twinn, whomshowed Loyal and Sam around. 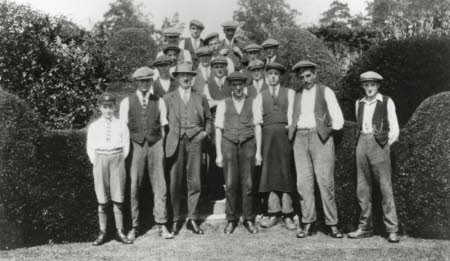 A group of the gardeners at Polesden Lacey, Surrey, with George Twinn third from left. © NT Archive

George Edward Twinn was born in 1893 in Hullavington, Wiltshire. In the 1901 census his father is a coachman at Harewood House in Yorkshire.  His father was called Twin but apparently his mother thought the extra ‘n’ looked better. By the 1911 census, George is at Byram Gardens, Ferrybridge, Yorks. He served in WWI but in 1919 and 1920 the Surrey Electoral Register shows him at RHS Bothy Wisley. He then went back to Barham and possibly moved to Knowsley, Lord Derby’s estate near Liverpool.  In 1926, he married and moved to Polesden Lacey where he remained as head gardener for 12 years.

In 1939 he is at Albury Park, Surrey, and then at Juniper Hill gardens at Mickleham, Surrey.  By 1951, he is head gardener at Knowsley but returns to Surrey in 1953 to work at Sutton Place.   His final position was at Chequers where he met Harold Wilson and other prime ministers and from where he retired in 1969/70. 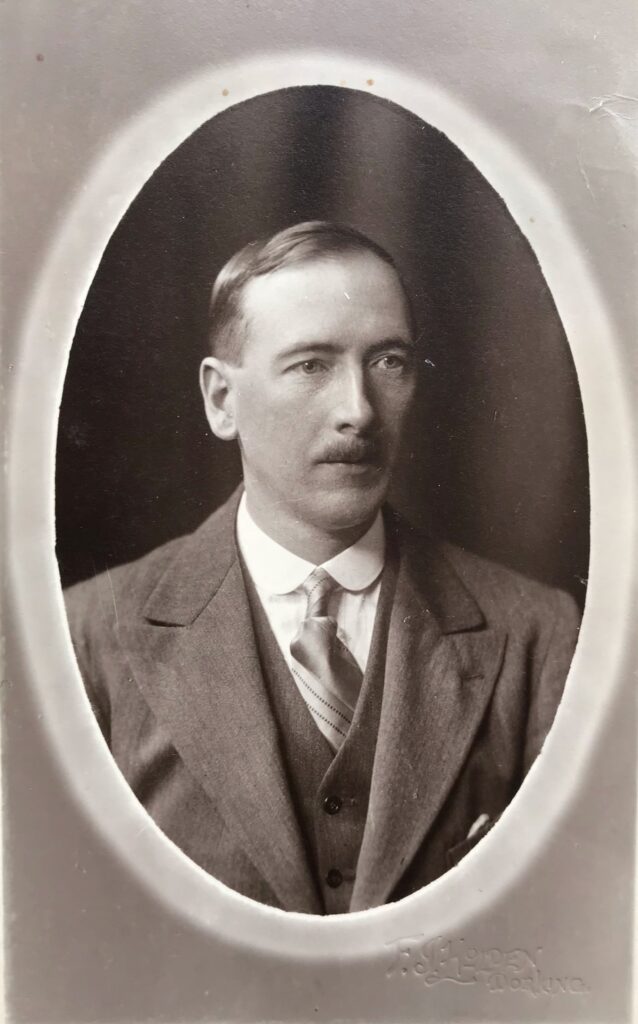 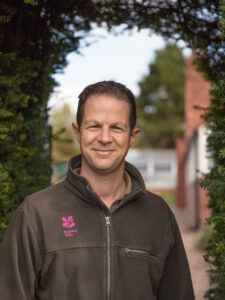 Alex Wigley is currently the Estates Manager at Polesden Lacey, the National Trust role equivalent to Head Gardener, and Surrey Gardens Trust were pleased to be able to share their research about Mr Twinn with him and his team.

Polesden Lacey then and now

Many of the features that Loyal Johnson described can still be seen today. He noted  ‘…a large Alpine wall especially constructed with pockets for Alpine plants…’ 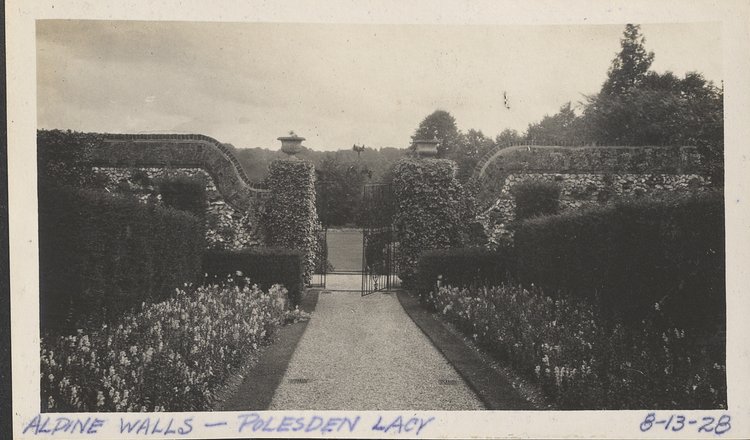 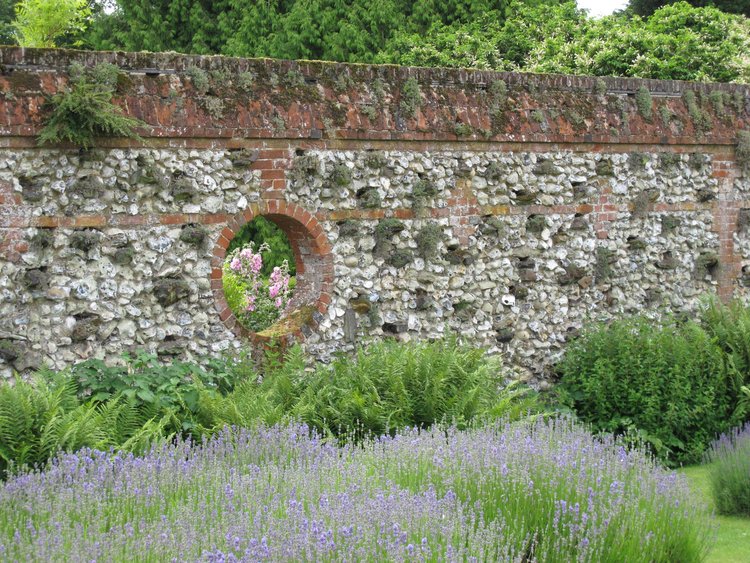 The alpine wall at Polesden Lacey in 2012 ©Marion Woodward 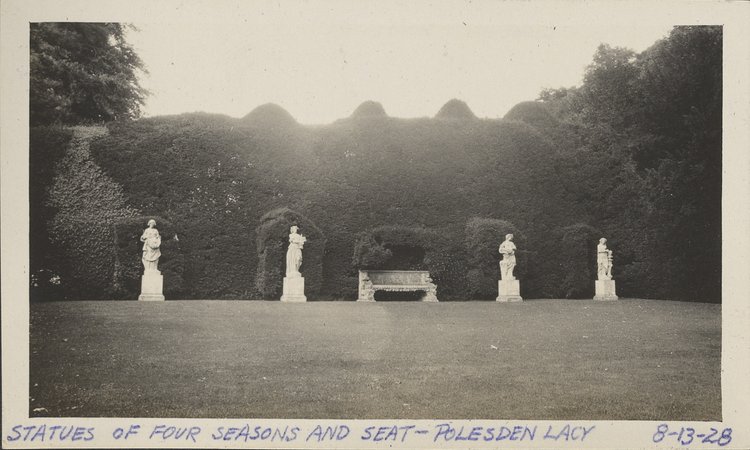 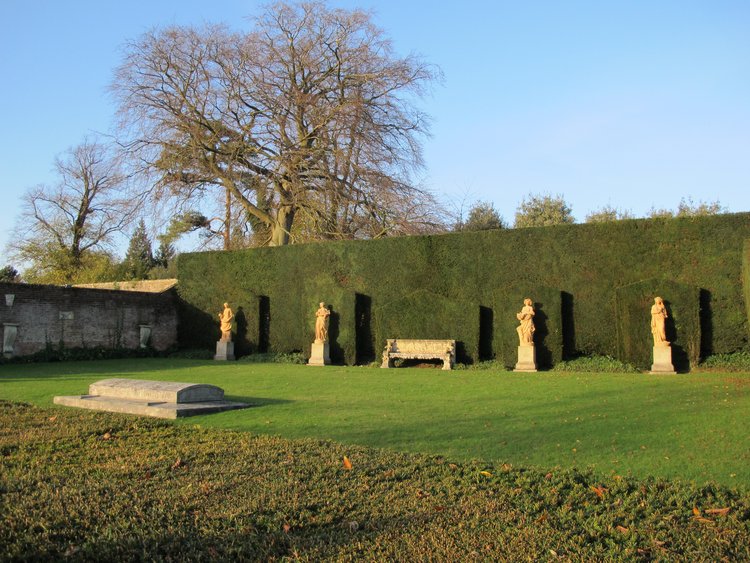 Finally, this sundial, which in 1928 seems to have been on the lawn at the rear of the house, is still in the garden, although it is now in the lavender garden. 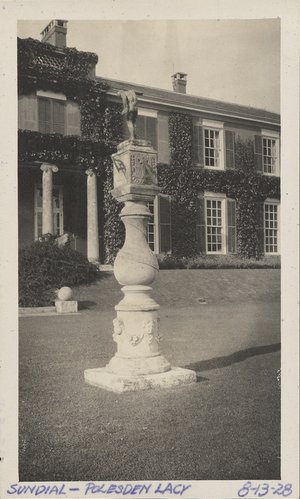 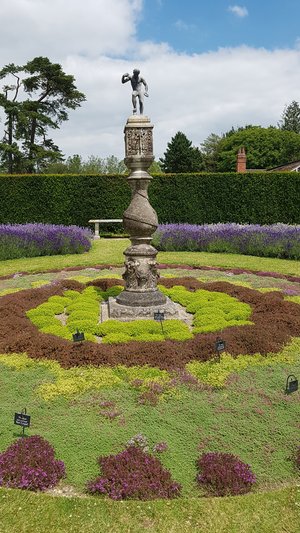 The sundial in July 2019 ©Marion Woodward

Loyal copied the inscription on the dial into his journal, which seems a fitting note on which to end: