Humphry Repton: his life and work 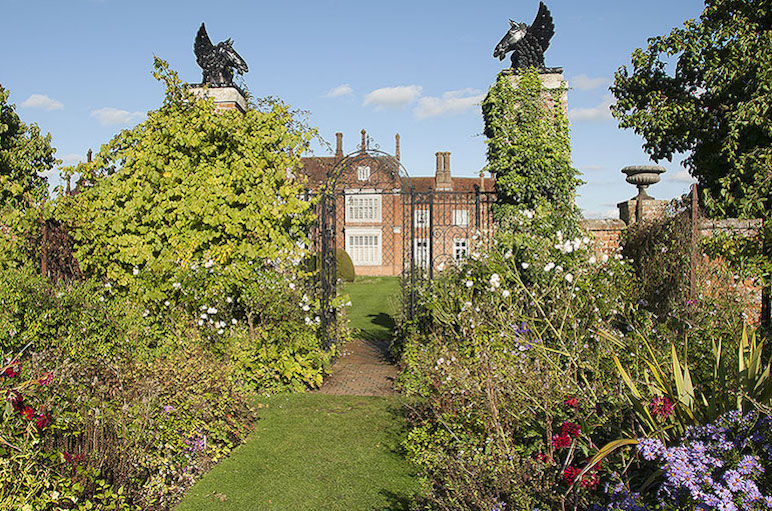 Repton was born in Suffolk in 1752 and became the last great landscape designer of the eighteenth century. During his life he designed around 400 landscapes and gardens, and became famous for his Red Books.

Repton was born into a well-to-do family in Bury St Edmunds on 21 April 1752, the son of a successful tax collector. The family moved to Norwich, where Humphry attended the Grammar School. When he was twelve he was sent to the Netherlands to learn Dutch and prepare for a commercial career. He was then apprenticed to a textile merchant in Norwich. In 1773 he married Mary Clarke, and set up his own business. However, he had no aptitude for business and when his parents died in 1778 he used his small legacy to move to a modest country estate at Sustead, near Aylsham in Norfolk.

Repton tried his hand at various trades, including working as private secretary to his neighbour William Wyndham, Lord Lieutenant of Ireland. Through this job he made the acquaintance of people who would later become his clients. When his money started to run out, he moved his family, which now included four children, to a small cottage near Romford, Essex. In 1788, aged 36, he set himself up as a landscape gardener, a job title which he invented.

He approached his social contacts to ask for work improving their estates. His first two landscape jobs were for Jeremiah Ives, textile merchant and mayor of Catton, and for Thomas Coke of Holkham Hall in Norfolk. Repton wanted to fill the gap left by the death of Capability Brown in 1783. He initially championed Brown’s landscape style but later adopted the ideas of the picturesque movement.

The way Repton presented his landscape designs was a key part of his success. He produced ‘Red Books’ or folios of his plans, drawings, maps and a description of the improvements he proposed to make. They famously include watercolour paintings with overlays showing ‘before’ and ‘after’ views of the estate.

The books did not all have red covers until he realised that this was a good selling point. Repton did not create Red Books for every place where he worked and they did not include all his work. He also made drawings and plans in other formats, such as notebooks. The Red Books show Repton’s vision for the landscape and his view that landscaping was an art.

Repton prepared around 400 designs for landscapes around the country. While Capability Brown had acted as a contractor to carry out improvements to the landscape, Repton only did the design and left the client to implement the work. As a result, many of his designs were never realised, and he never became wealthy, as Brown did. His work included improvements to existing landscape schemes at the estates of aristocratic clients like the Dukes of Bedford and Portland, but also designs for much smaller properties.

Commissions included the picturesque landscape at Bristol’s Blaise Castle, Dyrham Park in Gloucestershire, Endsleigh Cottage in Devon, London’s Russell Square, Stoneleigh Abbey in Warwickshire, Tatton Park in Cheshire, Uppark House in Sussex, Valleyfield in Fife and the themed gardens at Woburn Abbey, Bedfordshire. In his memoirs Repton said: ‘In every place I was consulted I found that I was gifted with a peculiar facility for seeing almost immediately the way in which it might be improved.’

In 1811 Repton had a serious carriage accident, after which he often had to use a wheelchair. He died on 24 March 1818 and is buried in St Michael’s Church, Aylsham in Norfolk.

His work reintroduced terraces, gravel walks and flower beds  into the area around the house, to provide a foreground for views of the landscape. Repton also designed separate flower gardens, with more elaborate ornamental or themed planting, a style which became popular in the nineteenth century. Acknowledging Repton’s importance, in 2018 Historic England commissioned research into late Georgian garden plantings.  His ideas about landscape design continue to influence designers today.