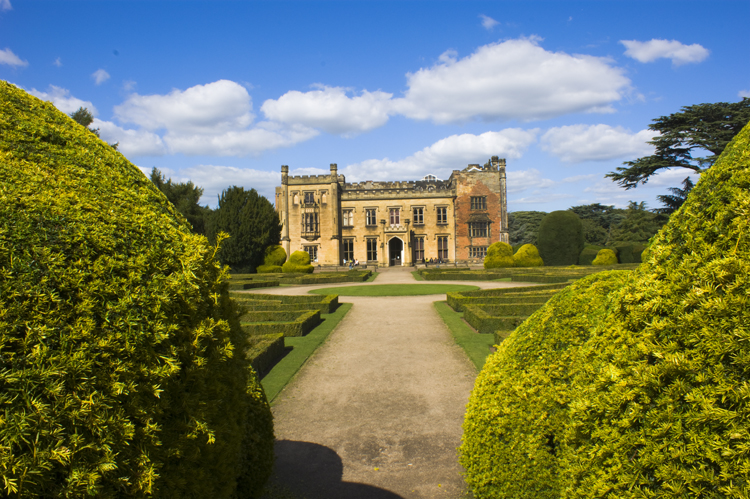 The Trust that looks after Elvaston Castle has applied to convert and extend existing buildings to commercial use as a café and build a new road and car park there. They claim this work is necessary to make the site financially viable and fund the significant repairs needed. The Gardens Trust is disappointed that Derbyshire County Council did not consult us during the development of the masterplan for this Grade II* registered park and garden (RPG).

We have been concerned about the plans for Elvaston for several years and the Friends of Elvaston have been campaigning for a sustainable future for the estate for 20 years.

The heritage statement in the master plan states that “the current application is of little direct relevance” to the park. In her response to the planning application GT Conservation Officer Margie Hoffnung said: “We are perturbed to read such a statement, as the siting of a major proposed new drive and car park directly adjacent to and occasionally passing through the RPG, has very direct relevance to this nationally important registered landscape.” Both the heritage and planning statements are “dismissive of the crucial importance of the setting to the significance of the RPG.”

Impact on the setting of Elvaston

There is no conservation management plan for the park, and the heritage statement does not identify historic views towards and from within the RPG or sensitive areas least able to accommodate change. Nor is there a plan showing the proposed changes, particularly the new drive and car park, overlaid on the map of the RPG. Although this makes it hard to accurately identify the impact of the proposals, it looks as if the drive crosses the RPG at two points and runs along its western edge. We are particularly concerned about the area around ‘Cricket Pitch Knuckle’ where the new drive will be obviously visible. This is precisely where there has always been a good view of the surrounding countryside from and to the RPG.

The drive also passes through an area known as Oak Flat which, although beyond the boundary of the RPG, is important to its setting. The historic statement cites the importance of this area, as shown by the 1822 OS Survey Drawing, in which it is “stippled to show that it was then considered as part of the ornamental grounds of the Hall”. 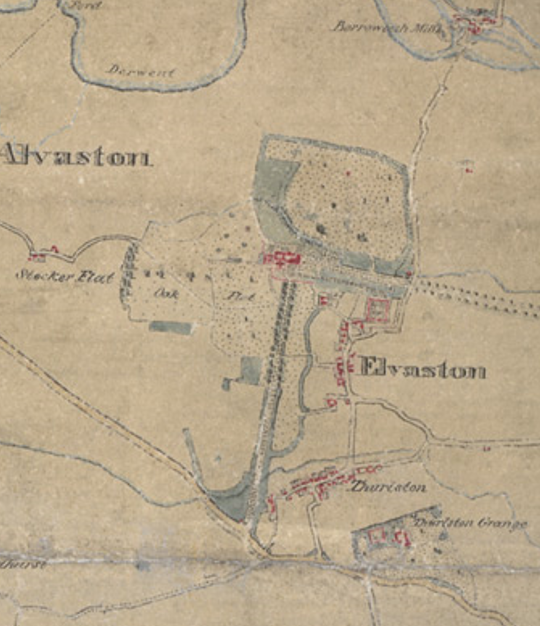 When Elvaston was listed in 1984 the OS Survey drawings were not digitised, so the significance of Oak Flat would have been unknown unless the Inspector had been able to visit the British Library in person.

Siting of car park and drive

Since the early 19th century the estate at Elvaston has been enclosed by trees, with occasional deliberate breaks giving glimpses of the surrounding farmland. The new driveway and car park will completely change this character. Views from the west of the existing bridleway and path from Elvaston or Oak Flat will be much altered, and the proposed new planting will block views to the west. 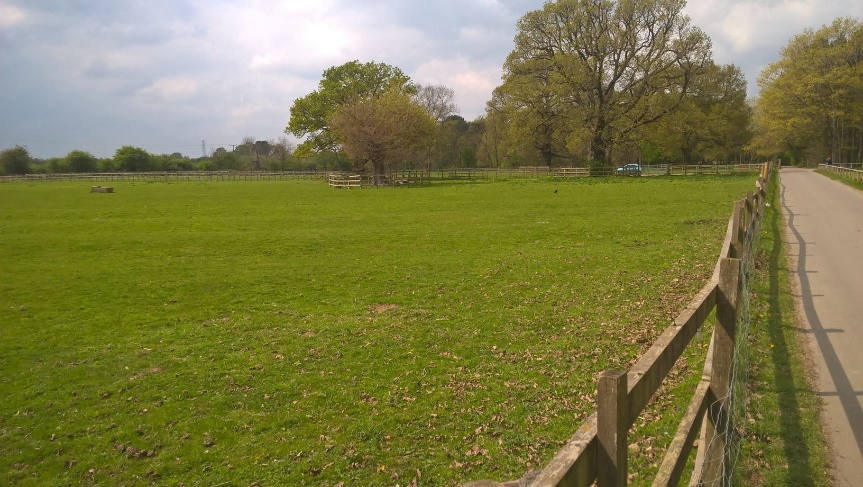 View of Elvaston landscape from near the corner of the cricket ground where the new road would follow the fence line from left to right towards the parked car. Credit: Stephan Green

With regard to the car park, we said: “The re-siting of the car park is the lynch pin of the proposals and we do not unquestioningly accept that visitors are unwilling to walk slightly further to get to the core buildings at Elvaston. Indeed, even now the central area is quite clearly the honey pot destination, and this will not change when the buildings are restored.

“We appreciate the problems with compaction around trees as visitors enter the site from the current car park, but this is arguably more a matter of long-term inaction rather than an insurmountable problem. The route to the existing car park through Thulston, Elvaston and Borrowash, is already a rat run for motorists during rush hours and this will not change, even if traffic to Elvaston Country Park is mostly removed from the equation.”

As yet, there are no definite plans for the current car park, and we would not support development on this site which lies entirely within the RPG. Proposals for the second phase of the project include the conversion of the Dog Kennels into holiday accommodation with the addition of 11 chalets in the surrounding woodland.

Impact on heritage and wildlife

The development follows years of previous abandoned plans and a mounting repair bill. Historic England says “Overall the proposals would conserve, enhance and offer opportunities to better appreciate the historic buildings and the designed landscape at Elvaston Castle.” However, they are concerned that, in their current form, the plans would be “overly assertive” and harm views of the castle and courtyard buildings. They also describe the new access route as a “major intervention” which would affect the “tranquility” of the estate.

In their response Derbyshire Wildlife Trust say it will result in the loss of 6.9% of the estate’s formal “local wildlife site” along with 12 mature oak trees, which would be felled for the roundabout and road scheme. Overall, 2.5 acres of wildlife habitats and more than 200 metres of hedges would be lost. The new car park would also cause additional noise and light pollution. There are great crested newts, a protected species, on the site, so a Natural England licence would be required and widespread mitigation measures needed.

Opposition from parish councils and residents

Elvaston and Weston-on-Trent Parish Councils strenuously oppose the plans, citing the county council’s failure to maintain the buildings, the destruction of wildlife habitats, and loss of green space, green belt and agricultural land both as local amenity and in light of concerns about global warming.

The county council has also received objections from local residents, who think the plan is much more extensive and intrusive than necessary. One resident was reported by the Derby Telegraph as saying:

“I am most alarmed to hear of the intention to build a road through the beautiful grounds of Elvaston castle.

I have enjoyed this open green public space since childhood and cannot understand why anyone could possibly think this road is either required or is in any way, shape or form a good idea. It most definitely isn’t. People have been through so much stress in the last few years and there has never been a time when the healing power of nature’s open spaces have been [more] needed.

Surely now is the time to value our wonderful green spaces not destroy them. In the interests of people’s mental health we should be focusing on preserving our countryside.”

Derbyshire County Council said: “We’re currently reviewing all of the comments received during the planning consultation. So far, we’ve received around 270 representations from members of the public in addition to responses from statutory consultees. All comments will be taken into consideration as part of the formal planning process.”

The Gardens Trust hopes that the plans will be amended so that a less intrusive and more environmentally sustainable solution can be found to protect the future of Elvaston Castle, its Grade II* landscape and renowned topiary gardens.