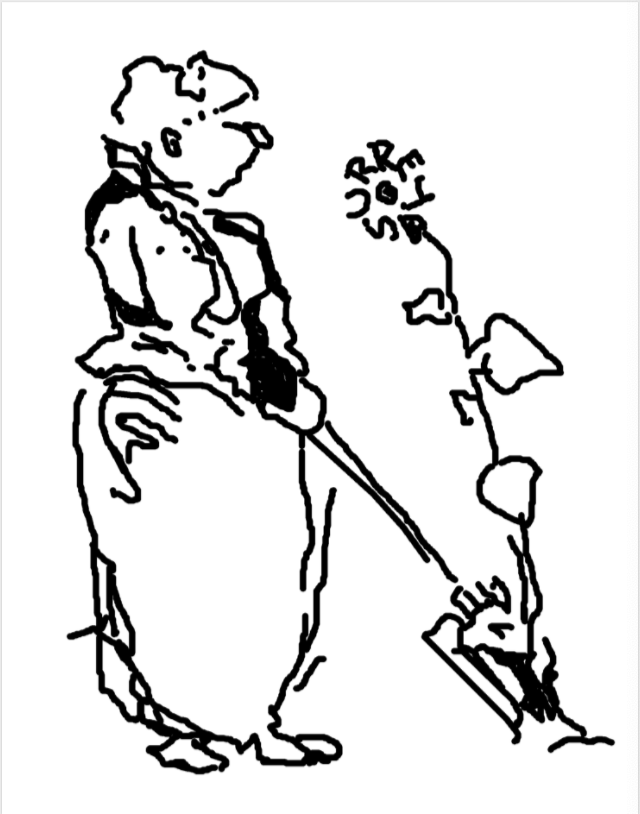 The Gertrude Jekyll Surrey Archive is now online thanks to a project coordinated by Surrey Gardens Trust with Michael Edwards, architect, winner of RIBA Design and Conservation Awards, and Jekyll expert. They raised money to conserve and digitise at high resolution this important and inspiring collection, making it freely accessible online. This is a hugely important conservation project.

Gertrude Jekyll (1843 -1932) was an internationally acclaimed garden designer who lived most of her life in Surrey, leaving an exceptional legacy of work in the county. Open access to high definition colour images of Gertrude Jekyll’s work will enable better appreciation and understanding of the enduring relevance and significance of her work, as well as raising awareness of how little of it can still be seen.

Gertrude Jekyll was born in Guildford in 1843, and lived at the family home in Bramley, Surrey (and briefly at Wargrave Hill, Berkshire). After the death of her father in 1877, she moved to Munstead Wood, Godalming where she created her famous garden and ran a nursery, living there until she died in 1932.

Jekyll consulted on around 400 garden projects, of which approximately 140 were in Surrey, with others elsewhere in the UK, Europe and the USA. Jekyll worked primarily in collaboration with the architect Sir Edwin Lutyens, creating some of the most acclaimed designed landscapes of the 20th century. Jekyll’s watercolour of a landscape in Algiers

A formidable garden designer, plantswoman and botanist, Jekyll was the first woman to receive the Victoria Medal of Honour of the Royal Horticultural Society, in 1897. She was also an exceptional artist, and politically active as a suffragette. Jekyll was a skilled musician and composer, photographer and craftswoman for inlay, silver-work and interior fabrics.  Her fame spread widely through her skill as a writer; during her life she wrote 1,300 articles and published 15 books.

‘the love of gardening is a seed that once sown, never dies but always grows and grows to an enduring and ever increasing source of happiness’
Wood and Trees (1899) Gertrude Jekyll

Acclaimed American garden designer Beatrix Farrand, and her husband Max, acquired much of Jekyll’s archive in the late 1940s. They set up an archive and library, including Jekyll’s drawings, in their home at Reef Point, Maine USA. Upon their deaths, Jekyll’s papers from The Reef Point Collection were passed to the Environmental Design Archives, University of California, Berkeley, US (EDA). Sketch by Jekyll: ‘A silly gate of nonsense tools’

This collection is made up of several thousand letters, photographs and drawings relating to 236 properties where Jekyll worked, as well as six photograph albums. It includes full colour plans and drawings, photographs, illustrations, writing and documents, and it is hoped that in due course this entire collection can be digitised.

Michael Edwards initiated this significant conservation project. As the EDA were unable to fund any part of this work, Surrey GT agreed to support the project. They helped to fund and facilitate digital copying of the part of the collection relating to the gardens in Surrey designed by Jekyll, the ‘Surrey Archive’, with approximately 2500 drawings and documents, as well as items of correspondence. Working with Mr Edwards, Surrey GT underwrote the project and contracted with the EDA. A successful fund-raising campaign ensued (which used the ‘Surrey sunflower’ sketch of Jekyll by Lutyens, above left, as its logo; adapted from the original ©RIBA collection).  They then created a portal to view this collection through its new website. The project was also supported by the Godalming Museum, and the Hamamelis Trust amongst a number of anonymous donors. This first phase of the larger project has digitised the records for 88 gardens in Surrey, which you can see here: Gertrude Jekyll’s Surrey Archive.

Surrey GT are now working with Godalming Museum to extend the archive portal to include access to a set of forty-one notebooks where Gertrude Jekyll recorded many of her commissions. These notebooks are beautifully illustrated with her trademark sweeping colour palettes, and contain notes on the plants supplied to clients, together with details of herbaceous borders and trees. They have already been copied digitally and a catalogue of the documents is available.

More correspondence and design plans were found in the attic of a Sussex house and were purchased by the Surrey record office in 1997, including nine gardens in Surrey. These documents are held at the Surrey History Centre and Surrey GT has funded the digital copying of those relating to the Surrey gardens and added them to the archive on the Surrey GT website.

It is hoped that the Surrey Archive project will be a platform for other counties to undertake a similar process, with a view to eventually making the entire Reef Point Gertrude Jekyll Archive  available online. Sussex GT have started the process, with copying of material relating to Jekyll gardens in Sussex already under way. We urge other county garden trusts to get in touch: chairsurreygt@gmail.com, to discuss how they can get involved.

Surrey GT would also like to digitise the six photograph albums, containing more than 2000 prints, which are part of the Reef Point Collection. They can currently only be seen on microfilm at the Godalming Museum. These photographs were taken by Gertrude Jekyll herself and capture her subtle, painterly approach to garden design. Influenced by J M W Turner, she also photographed rural traditions, English vernacular architecture and the landscapes around her. Surrey GT will be working to secure funding for this expensive undertaking.

The Jekyll archive going online helps us to champion and protect the extraordinary legacy of her work and we very much hope that you will be inspired by this rich resource.

Find out more at www.surreygardenstrust.org.uk/jekyll-project