The Future of Public Parks 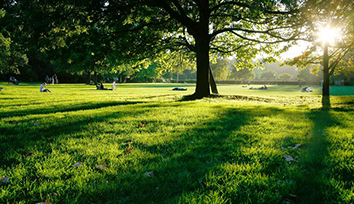 When the House of Commons Communities and Local Government Select Committee announced last year that it was to hold an inquiry into the future of public parks, it was widely welcomed by all those who had become increasingly alarmed about the impact of so-called austerity on their maintenance and management. The inquiry was held over four days between the end of October and the beginning of December. The Gardens Trust submitted a written memorandum and was subsequently invited to give oral evidence directly to the Committee and we were fortunate to have Dr Katy Layton-Jones as our witness. Her impassioned and highly articulate arguments were reported on Yesterday in Parliament. We also published our report ‘Uncertain Prospects: public parks in the new age of austerity’ to coincide with the inquiry.

The Committee published its report on 11th February and while it recognises that there is indeed a serious crisis facing parks, it does little to discomfort the Government, whose response will be published in the spring. It is in fact a huge disappointment and a huge opportunity missed. It entirely fails to reflect the passion of the large number of individuals and bodies which wrote or spoke to the Committee; it fails to address the key issue of funding; it rejected any kind of statutory requirement that parks be properly funded or even that proper levels of funding be identified; it rejected calls for an official body to champion parks and it failed to stand up for local authorities as the only realistic vehicle for owning and managing parks and instead rehearses tired ideas about alternatives. A letter to The Times published on 18 February expressed the disappointment and frustration which many have felt reading the report. The Gardens Trust will now wait for the Government response and with others will seek whatever opportunities it offers to continue the resistance.